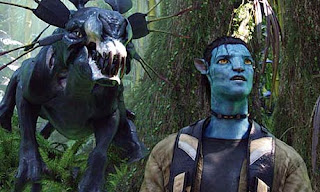 I saw Kevin Smith on TV the other day, calling something gay, And I don't mean gay in the cool cocksucking way, he said. More in the very lame way.
Apropros of which, I had an interesting moment on streetcar yesterday. I was sitting in the middle of the mostly empty car, early evening, when a group of kids came on. Kids meaning maybe high-school seniors. Young adults, almost. Large, toughish looking, male. And I found myself smiling broadly as I listened to their conversation. They were talking, with the unself-conscious volume of the young en masse, or the slightly drunk, about a mutual friend named Derek.
(Hey, should it be un-selfconscious? Now that I've written that out it looks wrong, but so does unself-conscious.)
So did you know, said one of the young men, pronouncing it didja -- Didja know that Derek is into dudes?
What? said another.
I mean dudes. He's not into chicks. He's, like, totally into dudes.
Whaddaya mean? said the other guy. He had a higher whiny voice.
Well I was at a party and Derek was there too, and he was totally like hugging this other dude.
So what? said the third guy. Lot of dudes hug each other. Doesn't have to mean anything.
Sure, said the second guy. You see it all the time.
Well, they were like hugging and kissing, said the first guy. I was getting a drink at the party, and Derek and this guy were, like, making out.
Big pause.
Huh, said the second guy, stretching it out. Huuu-uuuh. (No idea where to put the hypen.)
Yeah, said another guy. Who would have guessed that, eh?
I know, said the first guy. I was going to whack him on the shoulder and say, Derek! I didn't know you were into dudes. But I didn't. I didn't want to ... you know ...
Bust in? said the third guy.
Yeah. What if he was embarrassed or something?
What if he kissed you? said the second guy.
And they all laughed.

There was an older -- meaning my age -- woman sitting across from me on the streetcar. She and I shared a smile at all this. At my high school, she said in a low voice, those boys were the kind that would have beaten Derek up. I nodded. My high school too. Not that Derek would have been hugging another dude at any party I ever went to.

Mine was the next stop. I waited by the middle doors. The guys were lounging all over the seats at the back of the streetcar, discussing Avatar in derisive tones. A totally gay movie, they agreed.

Posted by Richard Scrimger at 05:06 3 comments: 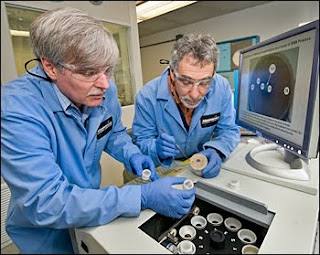 I was talking to a friend who grew up in a farm community, and she was describing how country kids learn to drive early. Tractors, cars, whatever. At ten years old, she said, her brother Stevie would spend the weekend perched high in the cab of a gigantic combine harvester, moving with calm precision up and down the north field, perfectly happy to be in charge of a quarter-million dollar machine. Except, she said, when it came to the hedge at the top of the field. Stevie would always speed up when he got there, and steer a little wild, because he was afraid that the hedge was haunted, and that ghosts would leap out at him as he drove by.

It's a great picture, isn't it? This boy driving a super-powerful machine, so in charge of things, so competent, so grown up -- except that he is just a little kid inside, and still afraid of ghosts. Reminds me of, well, all of us.
Posted by Richard Scrimger at 05:53 3 comments:

what the well-dressed boy is wearing ... 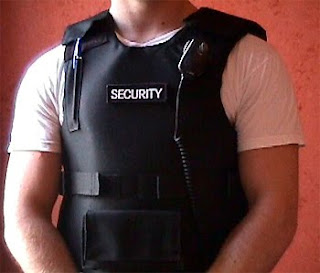 One of my favorite high school friends was a guy we called Crazy John. He wasn't athletic or school smart, not artistic or good with girls -- but he had weird ideas and didn't care what anyone thought. He made me laugh. One day he wore all his clothes inside out, for no reason at all. I just wanted to, he said. He took True and False tests according to his own mood, marking every question the same way -- When I'm feeling good I believe everything, he said.

I haven't thought about John in a long time. I don't know if he went on to become a circus performer, or an accountant, or a manufacturer of prosthetic limbs (I don't know how that became the middle path - it just popped into my head). Whichever road he took, I hope he is treading it with the same fine disregard for convention. I hope he is still making people laugh.

What brings him to mind now Ed's friend Drake. Drake seems to have the same kind of kind of what-the-hell attitude as Crazy John. Most of the Drake stories have to do with fashion -- always a key question for teens. He loves wearing unlikely things, just because. I've heard about mullets and dress hankies and wing tips -- but the latest is the weirdest. Guess what Drake is going to wear this summer? Ed asked me yesterday. He's found a look and he's going to rock it as soon as the weather gets better.

I tried to think of the most outre thing.
Knee socks? I said. Sandals and knee socks and Bermuda shorts? (Flashback to grandpa at the beach 1979: add zinc sunblock and a porkie hate and a roll-your-own cigarette. Who knew the old guy was so cool! )
Even better, said Ed.
I shook my head. I gave up.
Baggy shorts, said Ed, flip flops, cheap sunglasses and ... he paused ... a bullet-proof vest.
I had to laugh.
What? How did he --
I don't know, said Ed. But somehow he scored a bullet-proof vest , and he is going to keep it on all summer long. No shirt, just the vest.
I laughed some more.
Does he think girls will like it? I asked. Or boys? Or anyone?
He doesn't care, said Ed. He's Drake.
So he is.

Posted by Richard Scrimger at 07:09 4 comments: 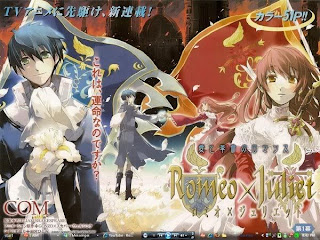 Can you be proud and ticked off at the same time? About the same person? One of Ed's courses this semester is some kind of human history or sociology. (In my day we would have called it Man In Society. Ah, the 1970s.) As Ed tells it, the course so far entails watching Schindler's List and The Miracle of Life, and then writing an essay based on racist/sexist/age-ist slogans which the students have drawn from a hat. (Ah, the 2010s)
Anyway, the point is that Ed's teacher is insisting that the essays have bibilographies written in formal style. You know the one -- Shakespeare, William. Romeo and Juliet. London: WeirdManga Press, 1595 or whatever. (It's been a while since I have written a formal essay. Or paid attention to a bibliography, come to think of it.) And Ed can't understand why.
It's driving me crazy! he told me yesterday, marching up and down my bedroom, gesticulating wildly. Why can't we just say the title and the author? Why do we have to memorise some stupid style? Backwards, comma, colon, brackets! It's stupid.
I smiled. Yes, it is.
I asked the teacher why we had to do it that way, and she said because everyone does it that way. I hate that kind of reasoning.
Good for you, I said.
I'm not going to do it, he said. The teacher told us that if we didn't put the bibliography the right way she'd dock us five marks, but I am not going to do it.
Um, I said.
What does it matter, so long as you can read it? Rules are stupid.
Stopping at a red light is a rule, I said. And it's not stupid.
Sure, he said. Traffic rules make sense. But bibliography rules don't. Rules that are there only because we have always done it that way -- that's dumb.
I told him that I understood and agreed. But you have to pick your battles, I said. Is this the one you want to go to the mat on? Bibliography rules? Sometimes it's easier to suck it up and go along. Write the bibliography the right way, and save five marks.
He folded his arms. Never!
So Ed is going to stick to his principles, and get a lower mark on his essay, and I am going to feel proud of him -- but that's not all I'll feel.
Posted by Richard Scrimger at 07:16 8 comments:

who do you think I am? 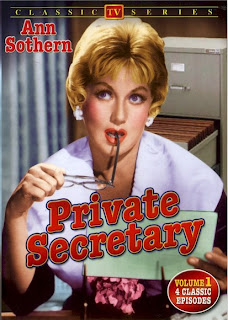 Funny thing came over the email yesterday. No, not the video of the barking baby or the bear driving the tractor. This was an offer sent out of the blue to be -- get this -- my assistant. I am not making it up. A young guy wanted to intern for me, that is, to work for me for free.
Isn't that great? His name wasn't Steve, but that's what I'll call him. Steve told me he was an English major, interested in writing for children. He thought he'd be able to learn from me, watching what I did, helping me with back-up work for the next six months. I laughed heartily, then emailed him back asking him to outline what he conceived to be his duties. I was fascinated at what he thought authors like me needed by way of an assistant. (Maybe I subconsciously pictured him like Ann there in the TV show I have never heard of.)
Opening mail, he replied. Answering letters. Mailing manuscripts, faxing replies to speaking engagements. That sort of thing.
Wonderful, Steve! I wrote back. But working for me, those duties would take you until lunch on the first day. The rest of the six months would pass awfully slowly.
I was being facetious, but only partly. A writing life involves frowning at the screen for much of the day. Typing a page or two or three. Worrying. Drinking lots of coffee. That's the bread and butter of it. Steve couldn't really do that for me. He wanted the jam of the writing life -- the bits that get you out of the house. I love visiting the post office and the fax place. Hey, I love buying groceries. It's a break from the darn computer.
So I turned Steve down -- not without regret, because he seemed like a nice guy, and I was sure we'd get along. I suggested he find a successful kids' writer. The kind who gets a hundred fan letters a day. Who has a publicist and a lawyer and a collection of snuff boxes. Who puts on a dinner jacket or long gown to speak to people a few times a week. I'm not that guy, I said. You want Rowling or Snickett, the Wimpy Kid or Lightning Thief. I already have one employee working pretty much for free, I said. I can't afford another one.
Posted by Richard Scrimger at 05:27 3 comments: