Just back from hospital again.  Glass of wine.  Honestly, it's becoming a routine.  I feel so typical here, part of a demographic stereotype.   The Jersey Shore types may have their Gym Tan Laundry routine -- for me and my group it would be, what: hospital, liquor store, home office?  (Sidebar -- definition of a successful piece of art is one you can reference with minimal exposure.  I have seen a total of ten minutes of Jersey Shore.  Ed inexplicably fascinated.  More on that later.)
Not so funny moment in hospital today.  Or maybe it was.  Larry David rather than Jersey Shore, though. Here's what happened.  Mir's mom was in for a series of tests (she's one of the parents in trouble I talked about last time) and I was chatting in the room with her while Mir went to the atrium for coffee.  (Isn't that funny -- I was going to say lobby.  Hospitals don't have lobbies, but I have spent so much time there that the place is starting to feel like a hotel.)  Anyway, the lady in the next bed caught my eye and asked if I would get her a glass of water.  She's a quiet nervous type who doesn't seem to have many visitors.  I helped her to a drink and she thanked me with a nice smile.  The air is so dry in here, she said, slurping greedily through her straw.  I nodded, and then felt my own smile fall off my face and land on the floor with a crash.  Over the lady's bed was a sign that said:  DO NOT GIVE THIS PATIENT WATER EVEN IF SHE ASKS FOR IT.
Like I said, Larry David.  I have seldom been more horrified.  I snatched at the styrofoam cup, but it was already empty. What had I done?  I stood there frozen, honestly expecting her to start frothing at the mouth or something.
Hey, I said, finally, you aren't supposed to have any water!
I pointed at the sign.  The lady dismissed it with a gesture.
Phhht, she said, or something like that, and turned over.
Now what?  I am no great believed in rules for the sake of rules, but this was a hospital.  Not a hotel.  Lives were on the line here.  The no water rule might be important.  I couldn't just walk away, could I?  Could I?
I decided -- I know how dumb this sounds -- to compromise.  I asked the lady if she could get out of bed.  She rolled back over to stare at me.
What? she asked.
Can you walk? I asked.
Of course I can walk.  Do you think I'm a cripple?  she said.
Still no frothing.  I smiled inanely.  Okay, I thought.  So she was capable of getting her own water.  So the drink didn't have to have been my fault.  And she seemed fine.  A little tetchier than before, but that probably wasn't because of the water.  That was me.
I went back to Mir's mom.  But for the rest of the visit I kept checking across the room. Mir commented on my nervousness.
Maybe we ought to take you off coffee, she said.
Posted by Richard Scrimger at 04:33 8 comments: 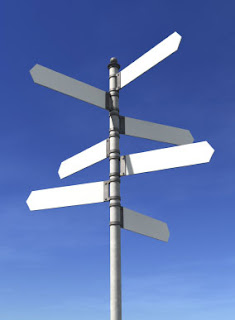 I can't help noticing how everyone's folks -- everyone I know, that is -- seem to be in trouble. Not legal trouble or moral trouble or fashion trouble (who am I to talk), but , well, words like angioplasty and elder care, overheard phrases like, Don't let Dad drive, and, How much did Mom remember are becoming very familiar. It's all demographics, of course. Life stages. I remember a time when virtually everyone I knew was getting married. Later they were all buying homes, having babies, building RRSPs, moving to the suburbs, choosing summer camps, divorcing ...

I was always kind of pleased, inside, not to be a part of these trends. I felt myself a bit of a rebel for renting, living in sin, struggling financially. Doing it my way. Not following my particular portion of the herd. Of course I ended up doing most of the herd things eventually, but even then I did them my way, waiting a decade, having more kids than average, moving way out of town, continuing to struggle financially ...

Maybe I'll continue to stay behind. I'm back in the city now, the kids are growing fast, and I still don't have much of an RRSP. Maybe it'll work with my folks too, and they'll defy anno domini ... maybe. But I have to say, listening to my contemporaries now, I miss the days of mastitis and projectile vomiting, when the biggest worry about your mom was that she didn't understand you, and would she babysit.
Posted by Richard Scrimger at 19:25 1 comment: 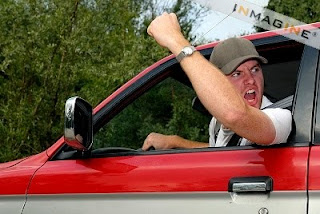 Weird moment this afternoon. I'd say it was instructive but it wasn't. I didn't learn that much. Except that people are odd, but I already knew that.
Mir and I crossed a neighborhood street ahead of a little Toyota which turned off the larger street onto ours, and accelerated past us. The driver was a kid - -22, 23 -- with dark unruly hair and a street-wise face. He was moving fast and Mir gave him the wave that says, Hey, slow down. The kid honked. Mir gave him another gesture. I had to smile at her tough Winnipeg attitude. I figured that was it, and began to walk on.  But now the Toyota backed down the street towards us, stopped, and the passenger-side window came down. And we had a real confrontation.
The following section of dialogue is inaccurate. But it gives you the intent
KID -- Why did you gesture at me?
MIR -- I thought that you were travelling too quickly down a residential street.
KID -- What on earth can you be referring to? The posted speed limit is 40 kms/hr, and I had not yet reached that speed.
MIR -- I do not believe you.
KID -- Well, that is too bad.
MIR -- No, it is too bad for you.
KID -- I think you should do something unlikely.
MIR -- I think you should do something even more unlikely, over and over again.
KID (staring) -- What did you just say to me?
MIR -- You heard me. Why are you getting out of the car? Do you wish to wreak vengeance on me? You are an impossible combination of attributes.
ME (stepping forward) -- Listen, listen. Do we have to do this?  Can't we find a way to settle our differences amicably?
KID -- Person with the glasses, you should do something --
MIR -- Richard, please desist.
There was more, but it was all along these lines. There were a few gestures, and repeated suggestions as to what we could all do. Then the kid geared up and drove off and we continued our walk.
To me, there were two surprising aspects to the incident.    First,  that the kid  would  bother to back up half a block to get into an extended argument with a middle-aged couple.  And, second, that throughout the entire -- I don't know -- three minutes -- even the bit where the kid was thinking about getting out of his car -- everyone was smiling. There was no denying the emotion involved, but at the same time we were all aware that we were behaving in a ridiculous manner.
Like I said at the top, I don't know how instructive it was.  Will Mir continue to yell at overly aggressive drivers?   Probably. Will confrontations ensue?  Possibly.  Are people odd?  Oh, yes.  But then, I knew that.
Posted by Richard Scrimger at 21:35 2 comments: 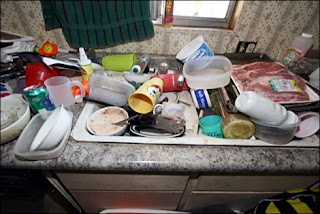 Got back from a weekend away to find the kitchen a mess. Darn it, Ed, I thought, pouring coffee into a slightly grimy cup. When he got home I suggested he clean up and he said he would.
Now that I think about it, mess is a fairly usual condition for the kitchen. Every now and then -- once a week, or maybe a bit less often -- I clean it, and I think of that state -- the clean state -- as normal. But I am fooling myself. One or two days a month my bank account is healthy. One or two days a month I go for a long run and feel fit. One or two days a month my kitchen is clean. But if I spend twenty-eight days out of thirty as a scrambling poor out of shape slob, then maybe that's who I am. Hmm.
Hang on. I got sidetracked there. I was going to talk about maturity. When are your kids grown up? That was my question. At what point do you simply have to recognize that they are mature responsible beings? When they are taller than you? Smarter than you? When they get a job? When you realize that you can't actually make do anything? When they leave?
None of these definitions quite does it for me. One I like has to do with routine tasks. Your kid is on his or her way to maturity when the job gets done when it needs to be done, and not because you ask for it to be done. I am not referring to chores. If your kid is supposed to make her bed every day and you tell her and you tell her and you tell her and then one day she makes her bed without being told, that's not maturity. That's resignation. But if she takes out the garbage because it's full -- that's a big step. If your kid returns the car with a full tank of gas -- that's a big step. If he washes the dishes because there aren't any left -- that's a big step.
By this definition Ed -- and now we are back to where I started -- is not quite mature. He's taller than I, and smarter, and he has a job, and it's been a while since I was able to make him do anything. But he did not clean the kitchen on his own. I had to tell him.
I don't know how mature I am. My bank account needs money. My body needs exercise. And I'm not doing all that much about it. Maybe I'll grow up one of these days.
Posted by Richard Scrimger at 08:40 5 comments: