When last we spoke, I was buying a place.  Now let me tell you about moving day.  Last week.  It was - fun is the wrong word for any moving day, but even judged by moving day standards this one was - kinda awful.  And yet a valuable experience too.  For I found God. 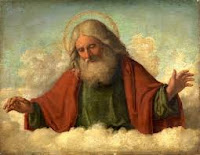 No, not that guy. A younger looking deity.  And yet there were some similar elements.

What happened was this. I had been phoning my new building management company for days and days trying to arrange to put an elevator on service. Nobody returned my calls. I began to feel like what's his name from the movie, Office Space:  Uh, hiiii.  It's me again.  Yeah. We seem to be missing each other...

So my moving guys showed up at the old place, loaded the truck, and we took off.  Arrived at the new place, we found that the super was not on site, and only one elevator was working. First gulp. It was 8:00 am and folks were doing things.  Elevator things.  We moved my stuff around them, working slowly, raising a few eyebrows, causing some sighs, realizing that the job was going to take longer than normal. The ground floor hallway filled with my stuff.  And then a dude in a striped shirt showed up, looking official.

"What are you doing?" he demanded.  Seriously.  Biting back some pretty darn witty things, I told him I was moving in.
"You can't do that today!" he said. "The elevators are being tested. It'll take hours! Hours!"
Second gulp.
I pointed out that my stuff was here, the truck was outside, and in fact I could indeed do that today.  I said that maybe management could have answered my messages, telling me that the elevators were being tested today, and saved a lot of grief.
"When did you leave the message?" he demanded.
"Yesterday," I said.
"Well that doesn't leave a lot of --"
"And the day before yesterday.  And the day before that. And the day before that. You guys really should check your messages now and then."
"Well," he said. "Well.  I'll have to get back to you.  Let me get a card and leave it with you."
Striped-shirt dude stalked off down the hall.  I never saw him again.

All this time we had been hearing moans and screeches from the elevator on the left - the one not in service. The call light over its door was dark.  The other elevator moved slowly from the penthouse down.  And then ... and then ... its light went out too.
No elevators were working.  Third gulp.
We pressed the call button. Nothing. No movement. No light.
My moving crew chief -- Joe, an older stoic guy -- sighed audibly.
"You live on the 6th floor, right?" he said to me.
I nodded.
He looked at my pile of stuff, thinking, no doubt, of having to carry it up 6 flights of stairs.  I thought about how long it would take - I was paying by the hour.  The other 2 movers showed up with more of my stuff, took in the situation, and sat down.
"Oh oh," said the young cool guy.
We waited.  As moments go, it was a long one.  Yes, 1st-world problem. No, nobody in danger.  Still, it was pretty stressy.  Did I say a prayer?  And then ....

The elevator on the left opened.  A golden light inside it shone down on 5 weights, 500 lbs each, with the logo of the elevator company.  This was a full load.  Standing in the middle of the elevator, in a boiler suit with the light shining full on him, arms folded, was ...
"Are you the super?" I asked.

"Super?  Well, some people say so."
He was my height but about twice my breadth, packed hard with muscle. His beard was Old Testamental. His arms, hands, neck - just about all of him you could see - was tattooed.  His teeth shone when he smiled.
He was the elevator inspector, doing the load test. I explained my problem. He got it right away. "Management in this building is a joke," he said. "I don't care about them - I care about the people moving in and out, using the elevators. Now listen, I have to take my guys on break now - you understand that?"
"Totally," I said.
"But I am on your side. I will clear this elevator for you.  I will do it soon."
I swallowed. "Thank you."
He strode down the hall. The light seemed to follow him.

In twenty minutes the elevator was working.  My stuff was in my new place lickety split. I overtipped Joe and the guys out of exuberance. It was a kind of offering to the real saviour of the day.  The elevator inspector. God from the machine.

Posted by Richard Scrimger at 09:19 No comments: