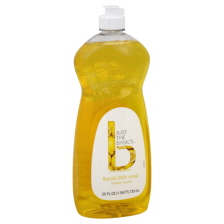 Been a while, eh?  My apologies, but I have been busy travelling, talking, writing, going to school, and ignoring my kids.  This all takes energy.  I have also been practicing my tweeting -- something my publishers are keeen on.  Not that I am making them happy, since their goal is to PROMOTE MY PRODUCT AND BRAND (they actually talk like this) THROUGH SOCIAL MEDIA and my goal is TO AMUSE MYSELF AND A FEW OTHERS AND NOT LOOK LIKE A DOUCHE BY SAYING LOOKIT ME LOOKIT ME LOOKIT ME NOW!  AREN'T I GREAT? (this is how I talk) THROUGH SOCIAL MEDIA.


So today's blog is about dish soap.  I have run out, and have to buy a new bottle.  And I glot to thinking about that, and realized that the last time I had to buy some dish soap I was in the middle of writing a book and wondering where I was going to live and listening to Ed drum for hours in the basement of the house in Cobourg and dashing around in my 2-door putt-putting car.  And now, 1 bottle of dish soap later, I am living in the big city with a bike and a book tour and a car with only 1 door.  (Long story involving a too-tight turn and a gentle crunching sound.  The net result is that when my kids join me in the car these days I roll down the passenger side window and they do a General Lee entrance -- see pic below.)


Now do you understand why my publishers shake their heads at me?  I'm sure I could find something more career-related to talk about, but I don't want to.  I would rather measure out my life in dish soap than tell you about my upcoming book launch. 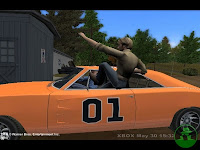 Posted by Richard Scrimger at 12:52 5 comments: