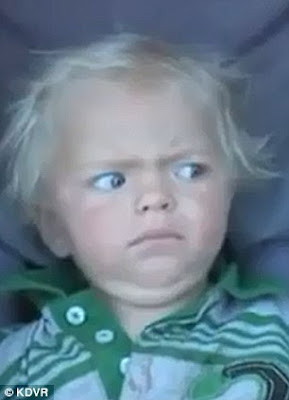 I am not a regular overeater but it happens.  I do, on occasion, have a What was I thinking? moment halfway through a second helping of ribs or fifth shortbread cookie.  I have regretted menu choices even before they arrived at the table, even as the words leave my mouth.  Tower of onions rings?  Duck confit poutine?  What am I thinking?

But you can regret other bad habits.  More than once in my life -- more than twice, hell, more than a hundred times -- I have regretted the easy joke.  It's there in front of me, a quick laugh, and I find myself unable to resist.  I speak without thinking (actually, this is my regular style, even when not telling jokes) and then - after I have cast the words out and cannot reel them back in -- only then do I realize that I might have stepped on some toes.  Maybe, just maybe, someone could feel bad about my gag.  And I feel bad.  Joker's regret.

I remember  a few years ago standing on stage in front of a couple of hundred high-school kids. I choked on my coffee and, without thinking (enough), blurted, Well that certainly did not go down in a fun way.  There was a pause, then one sputter, then a few more.  Then a general laugh.  I tried to save the situation by looking puzzled and segueing to the Titanic (which certainly went down in a not-fun way) but I don't think the teachers were fooled.  It wasn't the anger I minded -- it was the sighing.

If I had the moment to live over, I probably wouldn't have made the joke.

Anyway, I may have hit another iceberg tonight.  Facebook notified me that a friend had commented positively on a book club featuring indigenous Canadian writers. I jumped in without thinking - a quick and easy joke, not even particularly funny -- something about this was all very well but where were the book clubs that featured aging straight white guys?  A gag along those lines.  As I say, not brilliant, but political correctness is a big fat target, hard to resist.  That's not the point.  I have joker's regret because I might have made a friend feel bad.

Now, it would be hilarious if the community collectively kicked me.  A hundred thumbs down on my post.  De-Friended all over the place.  Expressions like the girl in the picture up there.  Again, though, it wouldn't be the objective anger that got to me. I'm used to disapproval. Anyone who feels that there is only one way to approach a topic - any topic - is just wrong.  But if my friends feel bad, I will too.

Probably there will be no Facebook-shaming.  My friends will roll their eyes.  The community will ignore me, or sigh and pat me on the head.  I'm used to that too.

Will the moment of joker's regret stop me from speaking without thinking ever again?  I'd like to believe that. I'd also like to believe I'll never again order duck confit poutine.  But, you know, I just might...