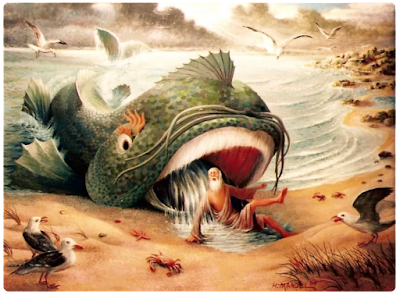 Blogging is like exercise. I know I should get to it -- but there's always something more pressing, or fun, or ... anyway, here we are again.  Puff puff, pant.

Summer was long - amn't I right?  Long and hot, least it seemed so to me in my un-airconditioned apartment.  I had a couple of mss hovering over my desk for most of it.  The one I'll talk about now was a substantive edit that was really more of a re-write.

I decided to tweak the hero's issue.  In this draft, Jonah (that's his name) would have a growing awareness of his gayness.  I'm always keen to write from a point of view I know and don't know.  I like to surprise myself when I write.

Being gay has never been a big deal to me.  My best friend at uni was gay.  I've spent my adult life in the restaurant business and in publishing. I am totally used to gay company.  But I wonder how I'd feel if I was gay myself?  That's what I wanted to write about -- the growing realization that there was this fundamental area of yourself that was, well, different.

I didn't have much trouble with the rewrite.  You have to find a piece of yourself to put into a character and give it conviction.  Jonah is a loser with a sense of humour, and things happen to him in the course of the story that are, well, hilarious. Jonah spends a fair amount of time thinking, Holy crap, now what do I do?  This is very much like me.

But was gay Jonah credible? That was my fear.  I've shared time and space and intimacy with gay men and women, but I'm straight. And I grew up a generation ago.  My best gay friends are old or dead.  Being gay is still a struggle but it's easier now -- at least in the urban secular 1st world.  I needed someone young and gay to vet the story.

So I did what any parent would do.  I asked my kids for help.  Thea put me in touch with one of her best friends (whom I remember as a cute 6 year old).  Mack is still pretty cute but he's now 20-something, towering over me, formidably well read. He let me buy him a beer and said he'd read the ms and offer comment.

Good news!  He likes Jonah and the story.  Bad news! A couple scenes are really wrong.

I just don't see why you've got him running away from the best friend, Mack told me, over the phone.  He's got a thing for the guy, he's got a chance to kiss him, and he runs away.

But Jonah's a girl now, I said.  (Lucky Jonah is nothing like the Bible.  I don't know why uploaded the picture except it made me smile.  In my story there's a magic camera that turns you into people, and Jonah has become the best friend's girlfriend.)

Girl, boy, so what? said Mack.  You get a chance to smooch your hottie best friend, you go for it.

Would you? I asked.

So I got a chance to write my first sort-of gay sex scene.  It looks hetero, but the girl is really a guy.  (Wow, maybe I am venturing into transgender territory.)  Anyway it is a middle-school novel. The sex is pretty tame.  The only toys involved are from Mattel and Lego.

That was last month.  Now summer is over and the book is off at the publisher's, ready for the line edit and copy edit and ARC and second ARC and - finally -  maybe - with luck - the Indigo / Amazon warehouses, and the indie bookstores, and classrooms.  Keep your eyes open for Lucky Jonah.

Hey, anyone going to be at the Telling Tales Festival?  I'll be there, tagging along with a stellar line up.  It's in Westfield heritage Village, Rockton Ontario on the 20th - a cool time guaranteed.  Heres the website:


Ok, I feel fitter now. See you next time I feel the need to exercise.


Posted by Richard Scrimger at 21:16 No comments: