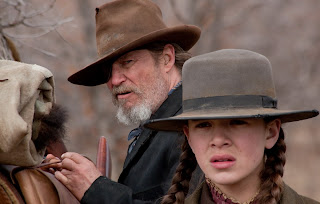 Ed and I went to the movies the other night. Just the two of us -- a perfect chance to bond without working too hard at it. We've had a few memorable movie dates over the last few years, including Alexander (Dad, are those two guys ... uh ... I mean, they seem like real close friends .... Why yes, son, yes they are) and Troy (Dad, why is Achilles in his tent -- isn't he the hero? Well, yes, son, but he's also kind of a dick) and The Passion Of the Christ (Dad, how many lashes is that? I don't know son, I lost count). Hmmm. Ed and I seem to go in for the big grotty ones. I'm starting to feel like the captain from Airplane who wondered if the little boy liked gladiator movies ...

So anyway, there we were with our popcorn in hand and our feet up on the chairs in front of us, watching True Grit. It fits our pattern. There isn't a lot of creepy prurient ambiguity, but the movie is a sprawly bloody historical drama, and Ed and I both had fun. There's a scary snake-corpse scene towards the end and the two of us went Ewww at exactly the same moment.

Side note. Inexactly forty years ago my dad and I went to the movies together, just the two of us. This didn't happen all that often, but Mom had no desire to see this particular movie, and I was happy to go to any grown-up show. The film was True Grit, starring John Wayne in an eyepatch, and a girl I have no memory of whatsoever. In fact, all I can remember about the film is Glen Campbell in a blue checked shirt singing the opening credits (I may have this wrong, but there's singing going on somewhere) and me and Dad both going, Ewww at the same time.
Posted by Richard Scrimger at 21:55 10 comments: 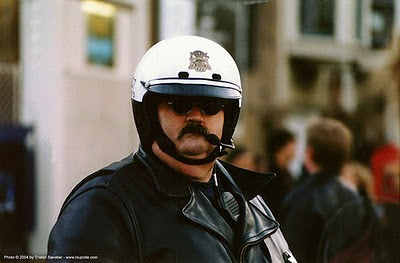 There is news on the McGivern front.

McGivern, you will recall, is the police officer who kept giving me tickets even though I had paid for my parking spot. I have since moved from Bloor West Village, but it appears that B McGivern has not. An alert blog reader sent me a message confirming McGivern as a big fat wiener. This poor reader was ticketed by McGovern during the one minute it took for the reader's kid to exit the car on his way to school in the Jane/Bloor area.

And now we know what McGivern looks like. Watch out for a mid-sized 35-40 year old male with glasses and a moustache. At least, that's what he looks like on the outside. Inside, of course, he is a worm filled with corruption and spite, a pathetic puerile piranha of the parking meter.

Be alert, B McGivern! Justice is coming to get you. You won't know the form it will take (I am thinking of a banana peel or incontinent Labrador retriever) or the hour of its coming. But you are in its sights. My faith is sure.
Posted by Richard Scrimger at 12:51 4 comments: 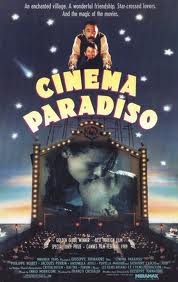 Ed is off to work now, with a smile on his face. And why not? He works at our local movie house. His job is to take tickets and make popcorn and smile. In the lulls between rushes -- and there are many such lulls -- he eats hot dogs, drinks pops, hangs out with several best friends who also his co -workers, and watches first run movies. What is not to like about this job? True, there are limited possibilities for advancement, and the pay is not much. But Ed has no desire to advance, and no expenses. How much money does a seventeen year old living at home need? Half of his budget would normally be spent going to the movies ...
Sam summed it up last week. Every other job you get is going to be a step down, he said to his little brother. CEOs have to go to awful meetings, and carry responsibility for the whole economy. Movie stars have to get up at five in the morning and work with a bunch of dorks. Drug dealers get shot. You have it made, bro.
The bane of all service jobs is usually dealing with the public, but there again the cinema employee is sitting pretty. No one complains to the usher if the line is too long, or the price is too high, or the movie sucks. Ed and his friends fly below the radar.
There are lots of tell-all books about the horrors of working in movies, but none about working in the movie theater. Those stories are usually about the wonder and fantasy of the place. They are tales of appreciation.
So what's playing this week? I ask Ed on his way out the door.
Who cares? he says.
Posted by Richard Scrimger at 17:37 3 comments: