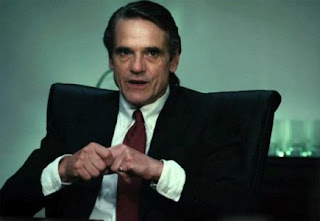 I hate not knowing who to be mad at. All this anger, you want to direct it at someone or something. Do you know about doctors and phone messages? I just found out, and now I don't know how to feel ...

If one of my kids has an earache and I want to make an appointment at the doctor's office, I must call between 8:30 and 9:00 am. That's my window. If I call before 8:30 I get a recorded message telling me the office is closed, and if I have an emergency please go to the hospital. By 9:00 the slots are all full. So I have this one half hour of grace, thirty minutes to make contact with the office. And -- this is what drove me crazy -- I can not leave a message. The doc does not have a service or a machine. I call, along with every other sick person in town, and get the busy signal, and redial.

Ooh, I used to grit my teeth. I'd have a moaning child in my lap and a receiver in my ear telling me beep-beep-beep that the line was busy, over and over and over and over again. It was the senselessness of it that bothered me the most. My doctor was smart enough to get through medical school, why wasn't he smart enough to install an answering service? Hey, I had an answering service, and no one was calling me with any kind of emergency whatsoever. (Please, Mr Scrimger, can you come to talk to our book club? It's a matter of life and death!!!!) When I asked him about it he shrugged and said they just didn't do things that way. No one does, he said. Jerks, I thought.

And then Sophie enlightened me. I met her at a party and when I found out she was a family doctor my first question was about answering machines. She doesn't have one either. She explained very simply -- as if I (like Jeremy Irons in the stock market movie) was a golden retriever.

If Mr Smith leaves a message on the doctor's machine saying he is having a heart attack, she said, and the doctor doesn't call back for an hour or two, and Mr Smith dies, his heirs can sue the doctor for negligence.

You don't realize how vulnerable family doctors are, she said.

But redialing and redialing seems so inefficient and stupid, I said. It makes me mad. Who can I be mad at?

She shrugged. You can still be mad at the doctor. Knock yourself out. We're used to it. Just don't sue us.

I want my anger to be justified, I said. It's not the doctor's fault. I don't want to blame him. But there's no satisfaction in being angry at a litigious society. Give me a face!

Dr Sophie left to freshen her drink and I haven't seen her since. I called my doctor yesterday sharp at 8:30. When I got the busy signal, I hung up the phone and stared into space.
Posted by Richard Scrimger at 11:45 4 comments: