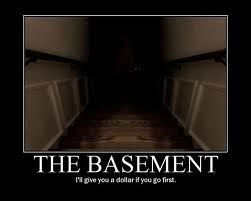 More about Dieter. He's the contractor who is turning a dump into a haven for us. We did not know it was a dump originally. We thought it was a slightly neglected place in a lovely neighborhood, that would show up wonderfully with a lick of paint and a couple of smiles. How wrong we were.

But I do not believe that our Dieter is one of those horror story contractors. He is not, for instance, ignoring us, as some contractors do, so that a three week reno takes three years. On the contrary, Dieter and his team have been bee-busy, dawn to dusk, for about a month now. The problem is that he keeps finding things -- and not treasure, either. Dieter is not the horror story -- the house is. If I didn't like the place so much I'd be scared of it. We've had moisture, animals, rot, more animals, leakage, shortage, garbage, wastage, poundage, dunnage, slipshoddity of many different kinds, and still more animals. A zoo, it is. Peter's regular phone call begins: Hey Richard, you'll never guess what I found ... At which point I shut my eyes and imagine the worst. Human remains, weapons of mass destruction, an irreparable hole in the time-space continuum.

Fortunately, Dieter can fix most anything. For the ultimate non-handy guy like me, he is somewhere between a god and a comedian, juggling drywall, skunks, PVC pipe, shingles, and two by tens with ease. I am sure that if should find Dracula or Osama bin Laden hiding in our crawl space with the other toxic substances (Hey Richard, you'll never guess ...) Dieter will have him whirling in orbit with everything else. Maybe one of these days Mir and I will ll get around to painting. And smiling.
Posted by Richard Scrimger at 06:11 4 comments: 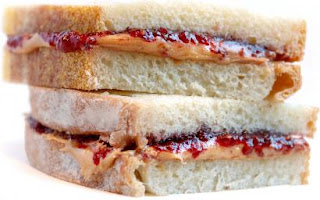 September is the nostalgic-est month. Cool nights, turning leaves, migrating Monarchs, football, film festivals ... and, oh yes, school. We may have hated school, but it is one of the strongest youth memories. And looking back from our mortgages and deadlines and piles of laundry, school doesn't seem so bad now, does it. So you didn't understand trigonometry, so what?

For the first time in years, I am making lunches. Does it ever take me back! Fortunately Ed is not too picky. Bread, meat, cheese, tuna, peanut butter -- all good. Add a juice box, maybe a chewy bar, and he's fine. And if I am too tired or busy, Ed is perfectly able to make his own lunch.

Yeah, I said peanut butter. That's what Ed is having today. I can honestly say that I have not packed a peanut butter sandwich since I was in high school myself. Ed's school has adopted the policy that allergic kids can deal with it. Good for them, I say. A Darwinian approach -- weeding out the weak. After all, peanut butter is cheap, good for you, and spreadable. If only more of life was like that.
Posted by Richard Scrimger at 09:33 6 comments: