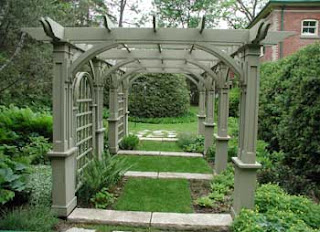 Last week I attended what my daughter Thea would call the silliest fund raiser ever. If I had had any doubt that we are living in a pretty privileged society, that event in a small Ontario town (which I shall not name because I don't want them to feel bad, but it rhymes with Sweden Hills) laid those doubts to rest.

I do not have a ton of experience with fund raisers. I don't seek them out. (Does anyone?) I am quick-tongued and teflon-conscienced, so the average police benefit or alumni building society finds me unmoved or away from my phone. And the people looking for major sponsors for hospital wings know better than to approach a children's author ordinaire.

This one I fell into. It was a concert, and the music was stuff I liked from a guy I know. I was not aware of a larger cause until I saw the programme. Then I realized that my friend was donating his time and we were donating our money to help ... are you ready? ... PARKING LOT RESTORATION. That's right: our ticket dollars were going to help Sweden Hills resurface and beautify the lot where our car was sitting at that moment.

I nearly plotzed. Sweden Hills has a very small tax base, and the lot was a little bumpy, but I could not restrain a hoot of laughter. Or maybe two. And when the emcee arrived onstage in his corduroy jacket and beard and single malt voice, and thanked us for our generosity and our concern for a cause that was dear to the hearts of the community, I had to hoot some more. I was speculating to my neighbour (a fellow hooter) on the amount of restoration required to turn the current parking lot into a thing of serious beauty. There were several hundred of us paying 20.00 each. Where would the money go? Would the town want some architectural work? Perhaps a pergola? (Not that I knew what a pergola was until I googled it just now. That's one in the picture. Nice, eh?) Electronic monitoring? Deer? We got so loud and giggly that a lady in the row ahead of us turned round with a stern expression.
"Do you mind?" she said. "I'd like to hear what he has to say."

I bit off my reply. I wish I could have told her what I thought. But I'm a polite guy, and yelling or laughing at her would have offended her to no useful purpose, and I'd have felt bad for acting like a smart ass. So I shut up and tried (unsuccessfully) to compose my face. The lady turned back with a sniff of disdain. The emcee rolled richly along. And then the concert happened, and the music was great.

spanking and the state 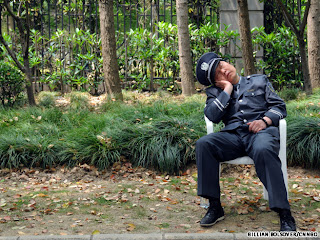 Yikes, feeling guilty at not blogging more. But life will take over your virtual reality if you let it. Your kids, parents, friends, job and love life will just eat away at your time -- to say nothing of your parents' friends whose kids have love and job problems ... Anyway, my month-after-new-years resolution is to be more responsible towards my online self.

One last Addis thought to share. My hotel was in the middle of extensive gardens, with a swimming area and tree-lined walks. Security was an issue. The gardens were walled, and uniformed guards were stationed at the three or four entrances. The hotel itself had an airport customs-style metal detector set up just inside the front doors. It was all somewhat disconcerting at first, but after a few days I got a truer sense of things.

The guards had uniforms but no weapons or phones. They spent all their time sitting down. Never saw one on his feet. Generally they'd be in a cafeteria style chair, tipped back to lean against a wall, sun shining down on them. (Except that the dozing guy seems to be Asian rather than African, this pic is spot on.) I'd walk by and they'd nod. I thought I might be getting an easy ride because I was a visible minority so I watched, but no. The next guy through would also get a nod, and so would the family after him ... Same story with the metal detector. I'd walk through it and it would go off, and I'd stop, and one of the hotel guys would smile and wave me into the lobby anyway. The couple behind me would go through the detector, and it would go off for each of them, and they too would be smiled at and waved in. The detector went off every single time anyone came into the hotel and no one ever did anything about it.

I'm puzzled. There is the potential for oppression. You are aware of a security presence. You get the feeling that an oppressive act could happen at any time. But it doesn't. And it doesn't. And it keeps on not happening. So is this actually oppression? I don't know. And I don't know what it does to a society. A dad who threatens to spank you all the time but never gets up from the couch is certainly better than a dad who is always spanking. But it's odd parenting.
Posted by Richard Scrimger at 09:04 2 comments: