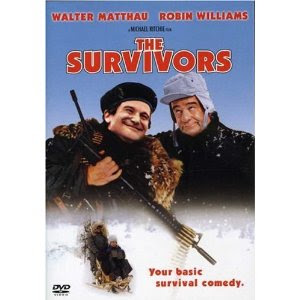 You ever run across an idea of yours in someone else's hands? Not just the, Gosh I wish I had thought of that, but more the -- Hey, that's mine! This is not about plagiarism. But sometimes two people can get hold of the same idea. For instance, there was a bad Robin Williams movie (a bit of a long list, much as I admire him) back in the early 80s that happened to have as a subplot the exact idea I was trying to build into a satirical novel about terrorism. I watched the movie, cringing every moment not simply because the acting direction camerawork and so on were iffy, but because so much of the film was so much like my book.

Then there's the idea of yours that ends up in good hands. Driving home tonight I was listening to a piece of music on the radio that sounded eerily familiar … and I realized that it was because I had written it. Well, not quite. Way back in high school, I was sitting at the piano when a melody came into my head. A simple walk-down melody, 16 bars of beauty. The chord changes fit, the ending satisfied … it was perfect. I performed it for my girlfriend at the time, who thought it was okay but that it needed something. I got angry and we split up, and I went into an emotional tailspin as I realized that she might be right. Maybe the piece did need something, but what? I waited for inspiration. I sat at the piano, and sat at the piano, but nothing came to me. I gave up on music as a career, and started writing a satirical novel about terrorism.

So this melody comes on the radio tonight, and it's mine. The same 16 perfect bars. After all these years it has finally found an audience. Then the tune ends and the composer starts playing around with it. There are, like, variations. Quite a lot of them, actually. The thing lasts five or six minutes. And, you know, it's good. Something came to this guy when he sat at the keyboard. I pull off to the side of the highway to write down his name. If you want to hear it -- my idea in good hands -- find the first movement of Handel's Organ Concerto in G minor, part of his Opus 7. It was his idea more than 200 years before it was mine. 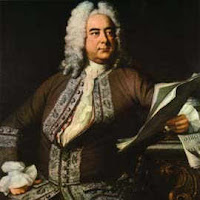 Posted by Richard Scrimger at 03:44

Maybe you were Handel in a past life.

That's happened to me before too. Sometimes I read the back of a book jacket, and it sounds just like a story I started to write 20 years ago. Then I beat myself up for not finishing it. Like, Harry Potter was totally my idea.

I would love to know what opus preceded your satirical novel by 200 years. But I'll bet the book is better.

I wanna to decide some of questions in this area. Could u help me to do it?

I think about add this material in my RSS. Do u think its ok?