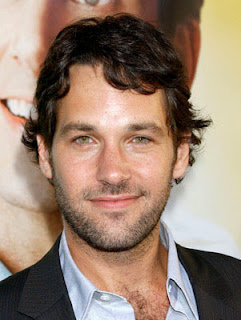 The other day I was twerped for the first time. I've been jackassed a fair bit in my day, and big-mouthed, of course, and jerked and idioted and -- once, in high school -- insensitive louted, but I had never been twerped before and I took a moment to stare at the guy in the van who had delivered the insult.

That (in case you haven't worked it out) is what I am talking about. Insults. The kind of insult you get can say a lot about you, I think. I have never been called a lummox, for instance. I am not that kind of guy -- too small, too wiry, too chatty to be a lumm or any other kind of ox. The guys I know who get lummoxed regularly are all large, looming and heavy handed. They are too imposing to be jerks or dorks, and too slow to be smart alecs (can not tell you how often I have been smart alecked, going back to kindergarten).

One epithet I've always wanted to hear is scoundrel. There's a rakish raffish charming quality to a scoundrel, don't you think? George Clooney and Johnny Depp and Robert Downey play scoundrels. Paul Rudd (to name but one such actor) does not. If a Paul Rudd character misbehaved (even with the stubble he sports in the picture there), someone would probably call him a twerp. And, as I said at the beginning, that's what happened to me. I was waiting in line at the gas station. A pump opened up. I reversed neatly into the bay just as a van was pulling in from the far side. No question, I got there first. But the van driver was displeased with me. He unrolled his window and told me of his displeasure. I nodded, smiled, pumped away. I waved goodbye as he drove off, and he slammed on the brakes and leaned way out. Did he call me a scoundrel? No. You want a punch in the head, you little twerp? he cried. My eyes widened.

Twerped!
Posted by Richard Scrimger at 23:12

Maybe twerp is an anacronym. The possibilities!

Thank you for fixing your bio. Sorry I nagged you so much.

After reading your post today I read it this way. "he lives in Cobourg, the scoundrel." Doesn't that just add the right je ne sais quoi?

Like it. Rogue is pretty good too. I have never been rogued.

I have a mental picture of you neatly, expertly reversing into the bay...while goat-eyed, muppet-swinging, neanderthal van man was left at the block, twerping... you smart-alecked him with your cheezy-breezy smile n wave. Oh Richard, you're such a scoundrel.

I am purring with content at all this scoundrel talk ...