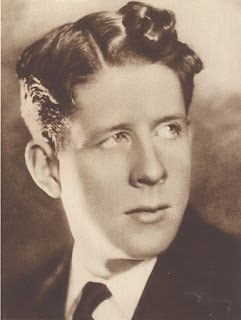 Ed has bought a ukelele. He thinks it is the cutest instrument in the world. And it kind of is. Plinka plinka plinka, like a little girl in tap shoes and a big smile. Funny the way the uke has come back. It's cool again, like the banjo and accordion. Remember Weezer with the Muppets? Remember Ryan Gosling serenading what's her name in Blue Valentine?

Let's consider cool-cute for a moment. Where does it come from?

What does it mean? And where does the ukelele come in? I think

cool-cute is about caring and laughing at yourself at the same time.

Tiny Tim played a mean ukelele but it is hard to think of him as cool. Cute maybe (and maybe not), but there

really isn't enough care in him to be anything more. Now Jimi Hendrix was cool -- maybe the coolest rock star

ever. But he was not much for laughing at himself. Can you imagine him playing a ukelele? Didn't think so.

Ditto Jagger, Plant, Dylan, Young. For all the talent and drive and care and sense of personal integrity, not a lot

of self mockery in these guys. Young's song about his old car actually ends up sounding moving and kinda

deep, where Bohemian Rhapsody, say, makes fun of murder. Can you see Freddie Mercury with a ukelele?

Course you can. (Here's the pic of Ryan Gosling with ... is it Michelle Williams? Cool-cute or what?) 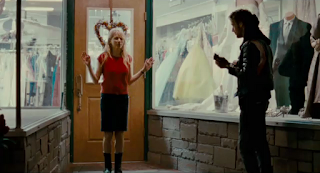 This is not a value judgement. Artists have to take their work seriously. But I am impressed at the way some artists can do this and laugh at themselves at the same time. It makes them seem more like people you would have a good time with at dinner. The ukelele as a litmus test .... think about it. Oh, the dreamy guy in the picture at the top is Rudy Vallee, a ukelele crooner of the 30s, who was at his self-mocking best in The Palm Beach Story, one of my favorite movies EVER.

Darn it darn it, I still haven't got to my take on the Jarman story. Next time. If you want to read the original, it is called, "Burn Man On A Texas Porch" and it is weird and cool but not cute at all -- no ukeleles in it.

Posted by Richard Scrimger at 11:17

The Dalai Lama has just that quality of goofy self deprecating charm. (Among his other obvious qualities!) No wonder people adore him.

Wonder if he plays uke?

Yeah he's got the right style. Course it helps to be divine, eh?